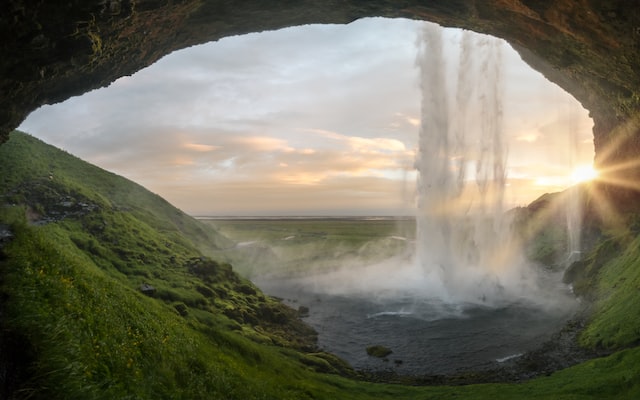 You will find out for yourself, once you read this.

You will find yourself nearer to the Lord in a while, that is very good.

Emmaus is threescore furlongs from Jerusalem. Two disciples were on the way to Emmaus. Probably one of them was either I or it was you? It really does not matter much. But the story line matters.

The disciples were sad

The disciples were discussing and reasoning about the happenings in Jerusalem. As their Lord and Master, who was their savior was crucified and died, they were clueless. They did not know what to make of the empty tomb. They thought the women who said they saw men in shining garments may be sharing tales. Initially they did not want to consider anything until later they too saw the empty tomb themselves. Their minds was confused as none of this made any sense as there was nothing like this had happened in the past. They were also sad about what had happened. Although they saw this person they did not recognise him. Sadness probably blinded them.  Jesus asked them. 17 And He said to them, “What kind of conversation is this that you have with one another as you walk and are sad?” (Luke 24:17 NKJV)

Sorrow perhaps turns the eyes of the heart towards onself. Naturally you don’t notice the surroundings. They missed seeing Jesus even though He was around them. He was not only in visible range, but as they were walking towards the same direction, they were very close together as they were conversing.

For He Himself has said, “I will never leave you nor forsake you.” (Hebrews 13:5 NKJV) Even when we dont see Him, are aware of Him, our Lord and Saviour is always with us. Occasionally it is to improve our faith, that we don’t feel the presence. Occasionally some other reason. Occasionally it’s sorrow which blinds us.

The disciples forgot, did not remember

Jesus who was not recognised after hearing the disciples reminded them about what was written in the laws of Moses, all the prophets and the psalms. All what the disciples as well as you would have heard over the years of walk as a Christian pilgrim. But due to immediate circumstances which they went through was least expected got buried underneath. And all the writings which had clearly pointed to the crusifiction and resurrection of Christ. Yet the knowing had not helped, the forgetfulness and not remembering pointing to the human failing, failing inspite of knowing.

We certainly need to learn and study, get into a habit of remembering often, sharing with our family and our loved ones family and people around us regularly, speaking to them, reminding them, in the process reminding ourselves. And most of all leaning to the Grace of the Holy Spirit to be reminded. All these together we need to be intentional. Then the Lord’s mercy and grace towards us will remind us all the truths that will give us hope and fill our hearts with fullness of Joy of the power of Christ, the resurrected Christ within us. Resurrected Christ which has already defeated all sin, all sickness, death – thus all situations and circumstances and made us champions.

32 And they said one to another, Did not our heart burn within us, while he talked with us by the way, and while he opened to us the scriptures? (Luke 24:32 NKJV)

Breaking of the bread – partaking with Jesus

All forgetfulness got washed away when Jesus and the disciples broke bread together in the Emmaus inn. See what happened during this.

Go ahead and examine if you are on the road to Emmaus. It’s a good road.

Love from the King of Kings who reigns in me and also in you. May the power of the risen Lord manifest in your today.