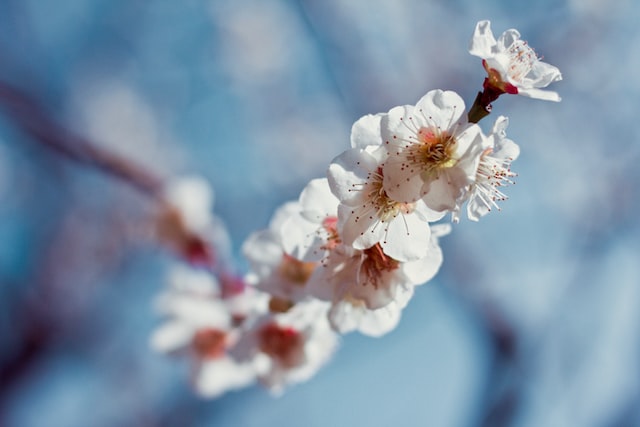 We may have expected the Lord to answer a certain prayer. We would have expected things to work out, but what happened could be contrary to our expectations. We do not see the response on WhatsApp from the person whom we expected to hear from. We didn’t get the call we were almost certain of getting. We do not get the warm look we usually get. We did not get greeted as we always expect.

In short, is there no lack of instances of misunderstanding in our day-to-day life? You can find them all around you, just like dust and dirt. But the Holy Bible gives us a superior way to handle offence.

People from the Bible – how they handled offences
King David and Joseph come easily to mind. Although David served King Saul, the latter was bent upon killing him. David had many opportunities to kill King Saul and King Saul had repeatedly tried to attack David. As per the norm and thinking of the world, David could have been justified in being offended by King Saul. Yet David did not choose to. He had made up his mind that he would treat King Saul as a King who was anointed for Kingship by God through the prophet Samuel. Only that mattered. God’s perspective mattered. He decided to stick to that perspective, he did not want to change that, revisit that.

Psalms 119:165 says
Great peace have they who love Your law; nothing shall offend them or make them stumble.

Similarly, Joseph, who had received a coat of many colours from his father, Jacob and dreams from God, also stands out. Although his brothers tried to kill him and finally ended up being sold as a slave, had enough reasons to be offended by his brothers. But when he became the ruler of Egypt, and he had the opportunity to feed his brothers and his father’s household, he did so without holding on to the possible offence of the past. Probably Joseph did not have any offence. His strong confidence in the Lord, the dreams he received from God would have blown away any reasons for anger and offence.

Faith in God, gives offence no place of influence.

Faith in the goodness of God is a deterrent to offence.

We know about the woman from Canaan who came to Jesus asking for mercy as her daughter was grievously vexed by the devil. Jesus had replied that, “It is not meet to take the children’s bread, and to cast it to dogs.” The woman knew that she was speaking to Jesus Christ, she had heard about the many deliverances and healing miracles of Jesus. She did not let this statement offend her. She persevered. She told, “Truth, Lord: yet the dogs eat of the crumbs which fall from their masters’ table.” Jesus praised her faith and healed her daughter. This is what Jesus told, “O woman, great is thy faith: be it unto thee even as thou wilt. And her daughter was made whole from that very hour.”

Proverbs 19:11
Good sense (discretion) makes a man restrain his anger, and it is his glory to overlook an offence (a transgression).

Joseph, husband of Mary, was not offended when she did not have a place to deliver the child. Can you imagine having an angelic encounter where you got a word that you would deliver a child? Yet not having the proper place to deliver the child. After the angel had told Mary about her assignment, Mary would have expected normal surroundings for the birth of the child. Instead, Mary had to manage with a stable. If you recall the Bible passage about Mary, all through the portions in the gospel, we read the word pondered repeatedly. She pondered what the angel told, what the shepherds told, she pondered what the wise men told… In Short, she meditated, she remembered, she kept thinking about God’s goodness for her, God’s word for her, God’s plan for her. Nothing else mattered as much. She chose not to meditate on the difficulties she went through, she chose not to think about the pain of delivery in the manger, in the cattle shed, about the long distances she had to travel carrying the infant in the womb or later with the child.

Choose to think only thoughts God thinks about us. Keeps the offence away.

Do not think and keep on thinking about distractions – the trials and pains you go through. This is fertile ground for offence.

What you ponder on, keep thinking about can keep you away from offence or can drag you into being offended.

Let us examine what Acts 16:24 says ( in 3 versions of the Bible)
Therefore I always exercise and discipline myself [mortifying my body, deadening my carnal affections, bodily appetites, and worldly desires, endeavoring in all respects] to have a clear (unshaken, blameless) conscience, void of offense toward God and toward men.
Because of this, I always try to maintain a clear conscience before God and all people.
And herein do I exercise myself, to always have a conscience void to offence toward God, and toward men.

Here is a pertinent passage from psalms 141:5 – from 3 versions of the Bible
Let the godly strike me! It will be a kindness!
If they correct me, it is soothing medicine. Don’t let me refuse it.
But I pray constantly against the wicked and their deeds.
Let the righteous strike me; It shall be a kindness. And let him rebuke me;
It shall be as excellent oil; Let my head not refuse it. For still my prayer is against the deeds of the wicked.
Let the righteous [thoughtfully] strike (correct) me—it is a kindness [done to encourage my spiritual maturity]. It is [the choicest anointing] oil on the head;
Let my head not refuse [to accept and acknowledge and learn from] it;
For still my prayer is against their wicked deeds.