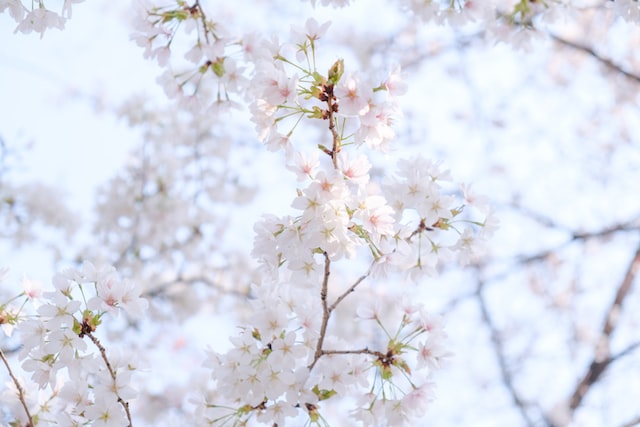 Introduction
It’s not easy to take up a matter with the King. Even if it’s a democratically elected ruler, to get his attention is not easy. Things change when a matter is in God’s plan, in God’s agenda. But when God champions a cause, things change. Neither time, neither geographic region, nor religion is a limitation when God decides to remind the King to accomplish God’s prophecy.

Rebuilding the Jerusalem temple – a brief timeline, a snapshot
From the timeline below we can see that Jerusalem was attacked by the Babylonian empire in 597 BC. 11 years later in 586 BC it was plundered. Later the Persian empire conquered the Babylonyn empire.

Go through the timeline below.

Nearly 50 years later, Jerusalem’s conqueror, the Babylonian empire itself was conquered by Persians. During King Cyrus’s first year of rulership over the Persian Empire, God in 538 BC stirred up the King’s heart about rebuilding and restoring the temple of Jerusalem.

1010 BC – King David established Jerusalem as his Capital.
1003 BC – King David declares Jerusalem as the capital of United Israel.
950 BC – King Solomon starts construction of the 1st temple of Jerusalem.
721 BC – The Assyrians conquer the Northern Kingdom of Israel – 10 of the 12 tribes carried into captivity.
701 BC – King Hezekiah withstands the attack of Sennacherib’s on Jerusalem.
598-587 BC. The second invasion of Nebuchadnezzar, the Babylonian Empire
597 BC – The Babylonians take over Jerusalem
588-586 BC – King Nebuchadnezzar’s 3rd attack
586 BC – Destruction of Jerusalem, plundering of the Temple by Nebuchadnezzar, Jews exiled to Babylon
539 BC – Persians capture Babylon, Babylon falls, all territories that once belonged to Babylon including Jerusalem comes under rulership of King Cyrus of Persia
538 BC – Now in the first year of Cyrus king of Persia [that is, the first year he ruled Babylon], in order to fulfil the word of the Lord by the mouth of Jeremiah [the prophet], the Lord stirred up (put in motion) the spirit of Cyrus king of Persia, so that he sent a proclamation throughout all his kingdom, and also put it in writing, saying:“Thus says Cyrus king of Persia, ‘The Lord, the God of heaven, has given me all the kingdoms of the earth and He has appointed me to build Him a house at Jerusalem, which is in Judah.
537 BC From the Persian empire 50,000 Jews return from Babylon following the proclamation of King Cyrus
520 BC Rebuilding of the Temple begins
515 BC The temple is completed and rededicated – the 2nd Temple of Jerusalem. This happens under the responsibility of Zerubbabel (Ezra 6.15-18

Restoring your job, your business, your long forgotten inheritance …

Even if situations and circumstances change, even though Kings and Kingdoms change, your Lord who is sovereign, is not limited. His plans and purposes stand firm. What He has done for one person, He will accomplish for another.

The Lord God reminds the King, the Lord God stirs the heart of the King to rebuild and restore the temple. What the Lord God did for Jerusalem, he will do for you, to restore your career, job, your business, whatever was stolen from you by the enemy.

Remember we are the temple of the most High God. He will do what it takes to restore the temple to the glory the Lord intended for.

The Shunammite Woman’s Land Restored
Prophet Elisha had told the woman whose son was restored to life that as the Lord had called for a famine in the land and as it would last for 7 years, she should leave the land and go wherever she could. The Shunammite woman obeyed the instructions of the man of God. She stayed in the land of the Philistines for 7 years. After 7 years she went to appeal to the King of Israel for her land and her house so that it could be restored.

At this time, the King of Israel was asking Gehazi about the great things Prophet Elisha had done. Gehazi was talking about the dead being restored to life by Gehazi. And just at that moment, the Shunammite woman appeared, as she was appealing to the King for restoration of her land and home. Gehazi told the king that this was the very same woman and her son who was restored to life. Then the King enquired about her and heard the details from her. Her appeal was conveyed to a senior official with the King’s command to restore all of her land, home and all the produce of the land since she had left Israel upto that time. (Ref 2 Kings 8: 1-6)

Even in this matter, we see the King was reminded. And the Shunammite lady got everything back. The precision with which Gehazi was brought to the scene is beyond comprehension. This is a great expectation for us. We can be totally restored as the Shunammite lady was restored.

The Lord will purpose the right person to speak to the King and move matters beyond expectation towards total restoration.

King Ahasuerus does not get sleep

Queen Esther had prepared a banquet for King Ahasuerus and Haman. Haman was excited about this. But since Mordecai, who was at the Kings gate, neither stood up nor moved for Haman, he was very much annoyed and angry. This led him to make a gallows with the intention of hanging Mordecai after convincing and securing a royal order from King Ahasuerus to hang him.

But the night before the scheduled banquet, King Ahasuerus could not sleep. So the King wanted the records of the Chronicles to be read out to him. It was found written in the Chronicles that Mordecai had told of Bigthana and Teresh, two key officials who managed the palace doors, were scheming to kill King Ahasuerus.

On enquiring, the king found that Mordecai was not rewarded or honoured for this. Then the King asked Haman what shall be done unto the man whom the king is delighted to honour. Haman thought it was him that the King wanted to honour, described at great length things what the King should honour such a person.

Then the King ordered Haman to decorate and honour Mordecai with all the honour that was described by Haman. Later Haman was asked to proceed to Queen Esther’s banquet…… Ultimately, Haman was hanged on the gallows that Haman had prepared for Mordecai.

Mordecai’s circumstances changed. From the probable gallows, he got exalted to great honour and authority and recognition.

Even if you are in a situation of very grave threat, the Lord will wake up the King, your situation will be flipped from immense danger to an amazing great favour.

Your God will remind the King. The King will remember.