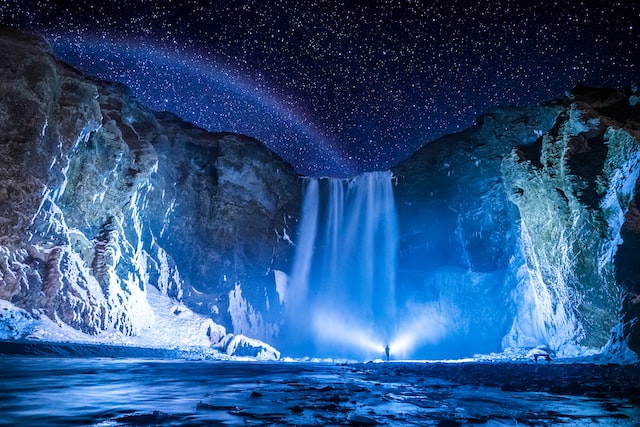 Jesus was on the cross. The two criminals were crucified on either side. One of them challenged Jesus and said, “If You are the Christ, save Yourself and us.” The other criminal was shocked and rebuked him about the manner in which he addressed Jesus, who was crucified for no offense. For the judicial authorities had not found any wrong doing on Jesus to be crucified. It was only the evil intent of the religious authorities that was able to force their way to crucify Jesus. ( Note all scripture verses shown in this blog post are in blue font are from Luke chapter 11 & 12 NKJV)

He then said to Jesus, “Lord, remember me when You come into Your kingdom.” The reply of Jesus was beyond the wildest imagination of the crucified criminal. Jesus said to him, “Assuredly, I say to you, today you will be with Me in Paradise.”

In the eyes of the world all the three crucified seemed the same. In the eyes of God, the contrite heart of the 2nd criminal in the last few moments of his life unlocked for him the GIFT of salvation.

The first people at the tomb
Mary Magdalene, Joanna, Mary the mother of James were at the tomb bringing spices which they had prepared. At the cave, they found the stone rolled away. They were shocked as they did not find Jesus. Two angels who appeared as men in shining garments. They told them that Jesus was risen from the death. The angels told the women and reminded them as mentioned in the scripture portion. 6 He is not here, but is risen! Remember how He spoke to you when He was still in Galilee, 7 saying, ‘The Son of Man must be delivered into the hands of sinful men, and be crucified, and the third day rise again.’ ”

When these women told these matters, the apostels did not believe and brushed it aside as idle tales!

The road to Emmaus
Two of the disciples where walking to a village called Emmaus, seven miles from Jerusalem. While they were walking deeply engaged in conversation about what had happened in Jerusalem regarding crucification, Jesus walked beside them.

15 So it was, while they conversed and reasoned, that Jesus Himself drew near and went with them. 16 But their eyes were restrained, so that they did not know Him. 17 And He said to them, “What kind of conversation is this that you have with one another as you walk and are sad?”

Note their eyes could not see and recognise the person was Jesus as the two disciples walked in sadness. Sorrow and sadness blinds!. Rejoicing in the great salvation is essential to see.

Then the two disciples who were literally blind explained to the stranger (in reality Jesus)about their visit to the tomb where the body of Jesus Christ could not be found.

25 Then He said to them, “O foolish ones, and slow of heart to believe in all that the prophets have spoken! 26 Ought not the Christ to have suffered these things and to enter into His glory?” 27 And beginning at Moses and all the Prophets, He expounded to them in all the Scriptures the things concerning Himself.

The burned heart
They were approaching the village. The stranger (who was Jesus) told them that he was going further, beyond Emmaus. But the disciples insisted this stranger who was walking with them to spend the night with them. So he agreed to them and stepped in the inn with them.

30 Now it came to pass, as He sat at the table with them, that He took bread, blessed and broke it, and gave it to them. 31 Then their eyes were opened and they knew Him; and He vanished from their sight.

At that moment the two disciples discussed among them that their heart burned within them during the walk when the scriptures were explained to them.

When you have the time and inclination you may want to read on declarations for seeing what the eye has not seen. For that, click here.