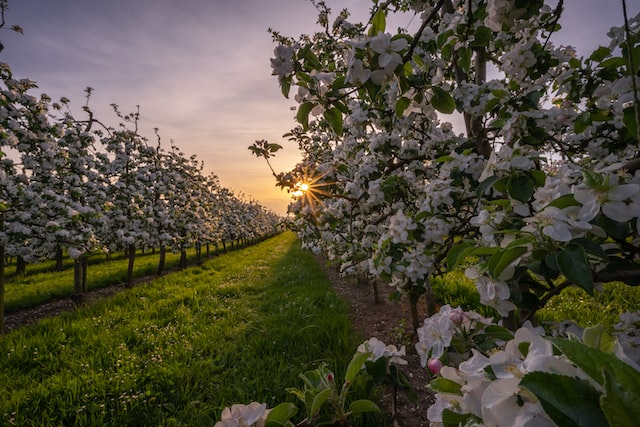 What does the Bible say about foolishness?
When we assume matters, we can end up not being prepared. We lose out. The reality can be very different from what we had assumed.

The virgins, who ultimately became known as foolish virgins, had thought the bridegroom would come soon. Although they had oil in the lamps, the oil was not enough. They did not take into account the probable delay in the coming of the bridegroom.

They tried borrowing oil from the other virgins, whom we know were later known as wise virgins. But these virgins did not share the oil they had. They did not want to assume the time it would take for the groom to come. They were ready even if the groom became very much delayed! They did not under any circumstances want to run out of oil.

When the foolish virgins discovered that they ran the risk of running out of oil, they went to buy oil, assuming they could get back in time. The final scene in the parable is that these virgins came too late. The groom had already come. The door was closed and no one was there to open the gate. The foolish virgins lost an opportunity of a lifetime.

Since the Bible is the Living Word of God, it’s most important to go through it to get more.

Then the kingdom of heaven shall be likened to ten virgins who took their lamps and went to meet the bridegroom.
Five of them were foolish (thoughtless, without forethought) and five were wise (sensible, intelligent, and prudent).
For when the foolish took their lamps, they did not take any [extra] oil with them; But the wise took flasks of oil along with them [also] with their lamps.
While the bridegroom lingered and was slow in coming, they all began nodding their heads, and they fell asleep.
But at midnight there was a shout, Behold, the bridegroom! Go out to meet him!
Then all those virgins got up and put their own lamps in order.
And the foolish said to the wise, Give us some of your oil, for our lamps are going out.
But the wise replied, There will not be enough for us and for you; go instead to the dealers and buy for yourselves.
But while they were going away to buy, the bridegroom came, and those who were prepared went in with him to the marriage feast; and the door was shut.
Later the other virgins also came and said, Lord, Lord, open [the door] to us!
But He replied, I solemnly declare to you, I do not know you [I am not acquainted with you].
Watch therefore [give strict attention and be cautious and active], for you know neither the day nor the hour when the Son of Man will come. ( Ref. Matthew 25:1-13)

The rich man who had an abundant harvest. He planned to build larger barns to store harvest. He thought his riches would last for years. Little did he realise that death would visit him and the earthly riches would not matter anyway. Jesus told that this is what could happen for them who are rich in their relation towards God. Let the Holy Spirit speak to us as we read the related scripture portion here.

Someone from the crowd said to Him, Master, order my brother to divide the inheritance and share it with me.
But He told him, Man, who has appointed Me a judge or umpire and divider over you?
And He said to them, Guard yourselves and keep free from all covetousness (the immoderate desire for wealth, the greedy longing to have more); for a man’s life does not consist in and is not derived from possessing overflowing abundance or that which is over and above his needs.
Then He told them a parable, saying, The land of a rich man was fertile and yielded plentifully.
And he considered and debated within himself, What shall I do? I have no place [in which] to gather together my harvest.
And he said, I will do this: I will pull down my storehouses and build larger ones, and there I will store all my grain or produce and my goods.
And I will say to my soul, Soul, you have many good things laid up, [enough] for many years. Take your ease; eat, drink, and enjoy yourself merrily.
But God said to him, You fool! This very night they [the messengers of God] will demand your soul of you; and all the things that you have prepared, whose will they be?
So it is with the one who continues to lay up and hoard possessions for himself and is not rich [in his relation] to God [this is how he fares].( Ref. Luke 12:13-21)

Do we have a fixation towards riches, greed? Our days on the earth are not known to anyone. Let us be wise today, wise tomorrow, wise everyday. Let us be rich towards God every day.

We are foolish when we are not rich in our eternal riches.

We do not need to learn anything new to stop being foolish. We need to read the Word of God. Spend time in the secret place. In His presence ask Him for wisdom. If any of you lacks wisdom, let him ask of God, who gives to all liberally and without reproach, and it will be given to him. Epistel from James 1:5. If you read verses 6 to 8, you will get more. Also, read Psalms 1. Certainly and definitely you will see change manifest. Your near and dear people will wonder at the wisdom you have and will glorify God in the transformation.